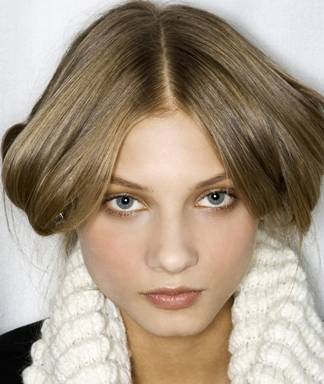 Don’t accept a dull complexion and scaly legs. Win the battle against dry, winter-weary skin with these expert beauty tips.

Moisturizing Tips: Face
“In the winter, you need to add products to your skin-care regime to protect yourself from the harsh elements; if you’re using a normal, lightweight moisturizer, bump it up to a more emollient one,” says Dawn Diorio, national trainer and aesthetician for Ahava, who suggests a lotion that contains glycerin, aloe, and vitamin E: “Glycerin and vitamin E help lock in moisture, and aloe helps to calm and soothe. It also stimulates circulation and helps rid toxins from the skin.”

Diorio also recommends using a serum to complement your daily moisturizer. “You need to layer your skin care just as you layer your clothes,” she says. “A serum penetrates and hydrates cells in the lower layer of the skin so that when they rise to the surface, they’re plump and healthy.” Diorio is a fan of Ahava Time Line Optimizer Serum because besides vitamin C to even skin tone, “it contains Dunaliella algae, which is rich in wrinkle-fighting ingredients provitamin-A, beta-carotene, amino acids, and omega-3 fatty acids.”

Celebrity nutritionist Paula Simpson says that hydrating with omega-3s from within is important too—she refers clients Drew Barrymore, Kristen Stewart, and Gwyneth Paltrow to Glisodin Skin Nutrients Advanced Daily Formula during the winter months, a supplement that contains omega-3-packed krill oil. “To see the real benefit of the product or any nutraceutical, you’ll have to take it for three to five weeks because skin cell turnover won’t occur until then,” says Simpson. “But after about 10 days, you might notice that dry patches on the skin aren’t as dry.”

If you’re not into popping pills, Simpson says to get omega-3s from salmon, mackerel, tuna, nuts, and seeds. For more moisturized skin, she also recommends proteins and staying hydrated with “green-based smoothies,” which she calls “great skin boosters.” Dermatologist Ariel Ostad, MD, says his green smoothie standby consists of celery, cucumber, and lettuce with additions of lemon, ginger, or beets.

Other glow-getting ways to hydrate include eating lots of fruit (“fruits—especially melon—are very high in water,” says Simpson) and drinking green tea, which Simpson says is “loaded with antioxidants and protects the skin from UV stress.”

Moisturizing Tips: Body
Marcia Kilgore, founder of skin-care line Soap & Glory, warns against superlong showers: “Water is a winter wolf in sheep’s clothing. While you might think it’s hydrating, water topically can have a drying effect on your epidermis. In fact, the more water that hits your skin, the more it breaks down the complex layer of naturally occurring lipids between and on top of your skin cells. Overbathing or overshowering will make dry skin even drier, so do your dousing in small doses, and make sure you moisturize immediately afterward.”

To reap the most benefits from your body lotion, Kilgore says to simply blot skin with a towel—don’t dry completely—so that humectants in your moisturizer can draw water on skin’s surface into the lower layers.

Exfoliating: Face and Body
Depending on how oily or dry your face is, Diorio recommends exfoliating one to three times a week, at the end of your shower when your pores have been steamed open. “But never exfoliate more than three times a week or else you might wind up breaking down your skin’s natural barrier function and make your dry, flaky skin worse,” she says. Another don’t: scrubs that contain abrasive grains. “You want granules that are manmade, perfectly round spheres because they won’t rip or break the skin like a ground seed will, for example,” says Diorio.

As for the body, Kilgore says you should exfoliate at least three times a week: “It will simultaneously stimulate circulation, and your after-shower moisture lotions will sink in more readily.” But don’t slough with a loofah: “Once used, they are loaded with bacteria buildup.”