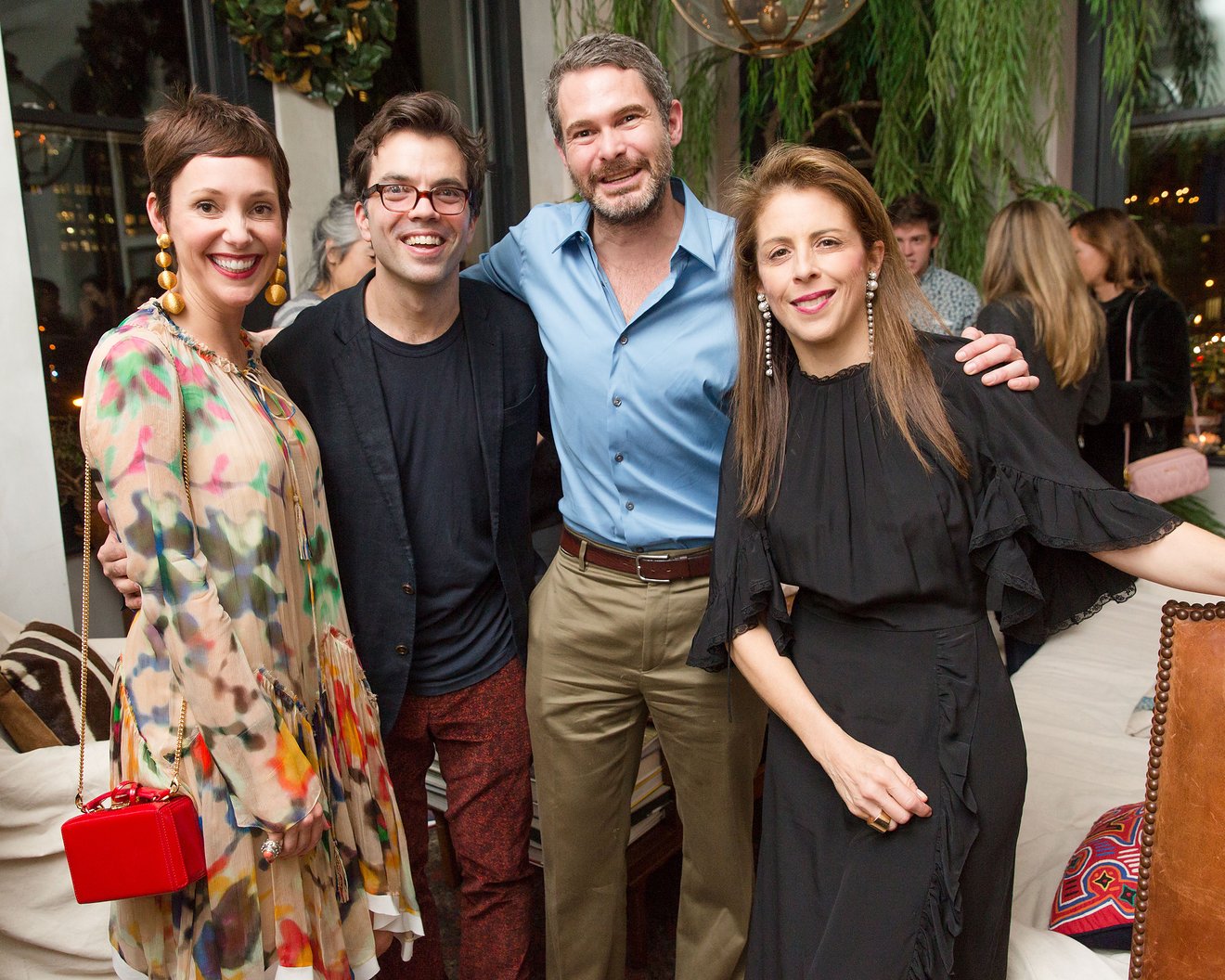 The scene at Bronson van Wyck’s Fifth Avenue apartment last night could have been featured in Landon Nordeman’s new book, Out of Fashion. On one side of the elegantly appointed and festively decorated room, was Odd Mom Out star and writer Jill Kargman, while another corner saw philanthropic stalwarts including Alina Cho, Coralie Charriol Paul, and Lauren Remington Platt. And while Nordeman was beaming with pride over the turnout, he explained that it’s been a process. “This book really started to develop after three years of photographing backstage at Fashion Week,” explained the author, flanked by his hosts of the evening, Dini von Mueffling and Beth Buccini of Kirna Zabete. After printing his images, he noticed that a story emerged of the people at the shows, behind the shows, and trying to get into the shows. But does Nordeman have any favorite subjects? “Certainly Iris Apfel,” exclaimed Nordeman, adding that he’s also fond of snapping Vogue’s own red-haired icon Grace Coddington. “She’s hard to photograph because she’s been photographed so much.” Anyone he hasn’t been able to put his lens on yet? “Honestly, I’d say it’s Anna [Wintour],” said Nordeman, adding that her presence is felt in every image of the book. As for the author’s favorite fashion city? “Paris.” Quelle surprise.

Previous: The 10 Best Beauty Looks: Week of October 31, 2016
Next: The Downtown New York Nail Salon You Need to Visit ASAP