Baby Driver is one of the year’s most anticipated films. With a cast that is pretty much as good as it gets—featuring both younger, buzzy actors and industry veterans—the thriller is anticipated to be a veritable summer blockbuster.

The film’s promo tour is underway, with its stars touching down in London for its European premiere on Wednesday night. The cast features not just world’s most famous actors, but also some of the most stylish, thus the glamour was high.

Lily James is a Burberry girl through and through, so it was no surprise that the English rose slipped on a blue embellished lace gown from the house—equipped with a sultry, thigh-high slit that was perfect for the first day of summer. Eiza Gonzalez was positively ethereal in a sheer, floral-embroidered Marchesa stunner that dropped jaws. And singer Dua Lipa was pretty in pink—flaunting her toned midriff in Blumarine and René Caovilla heels. The gents all kept it classic in expertly-tailored navy suits.

Baby Driver hits theaters on June 28th, and we already have our calendars marked. We can expect more gorgeous ensembles like this from the cast until then. Scroll through to check out all the stunning looks from the premiere. 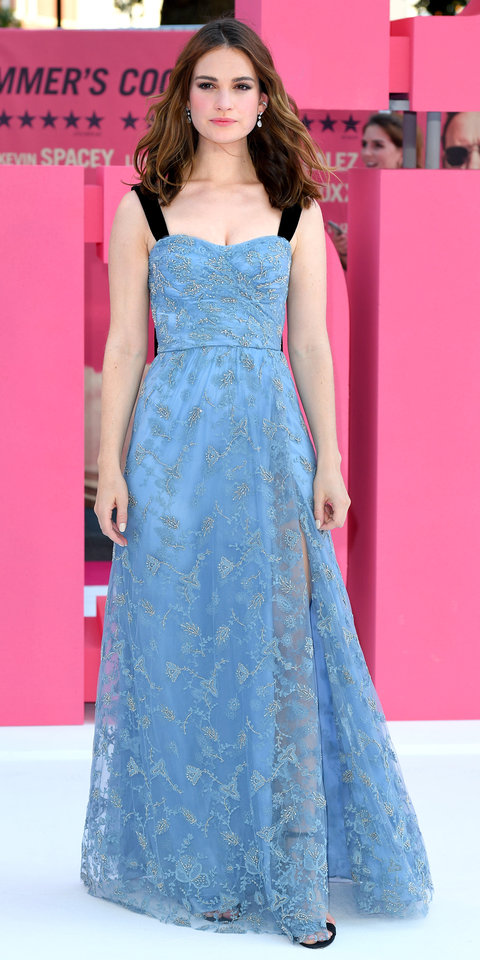 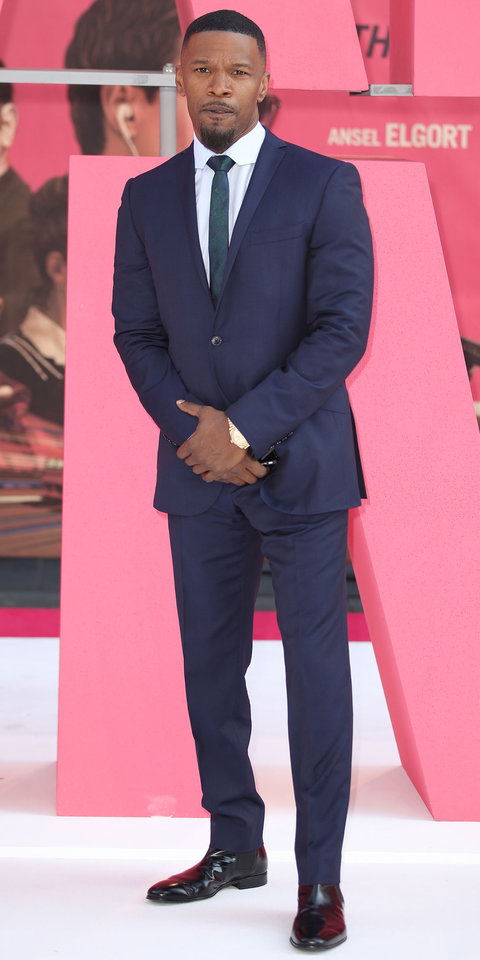 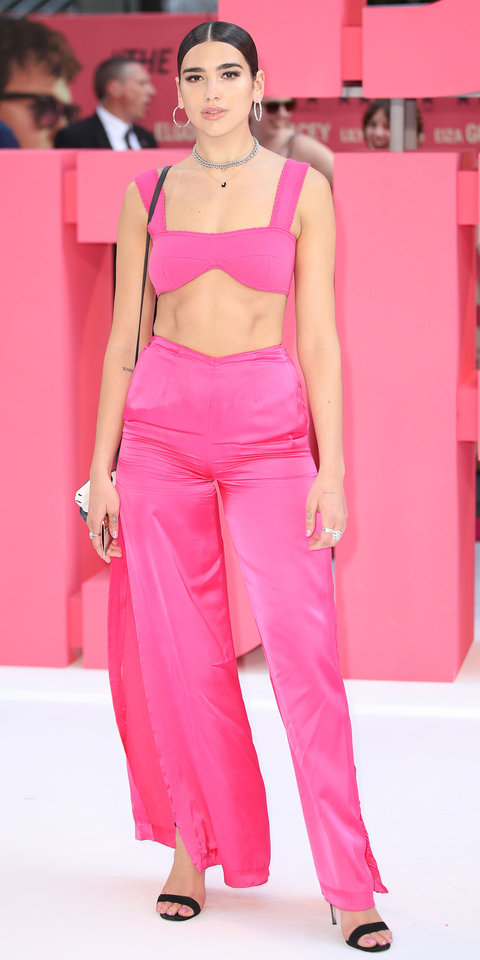 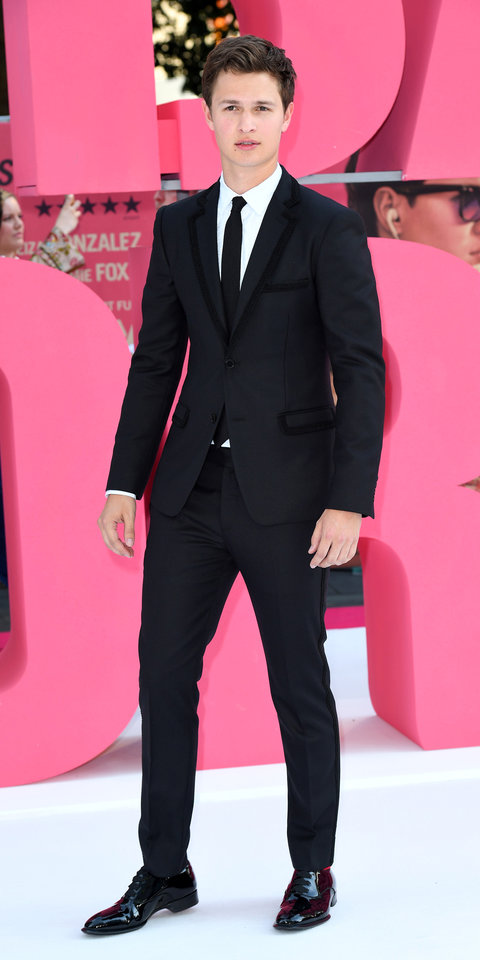 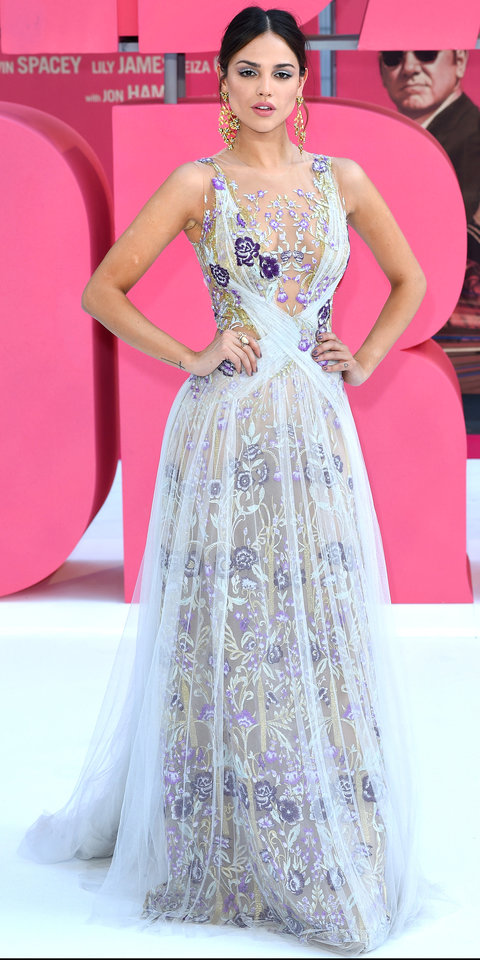 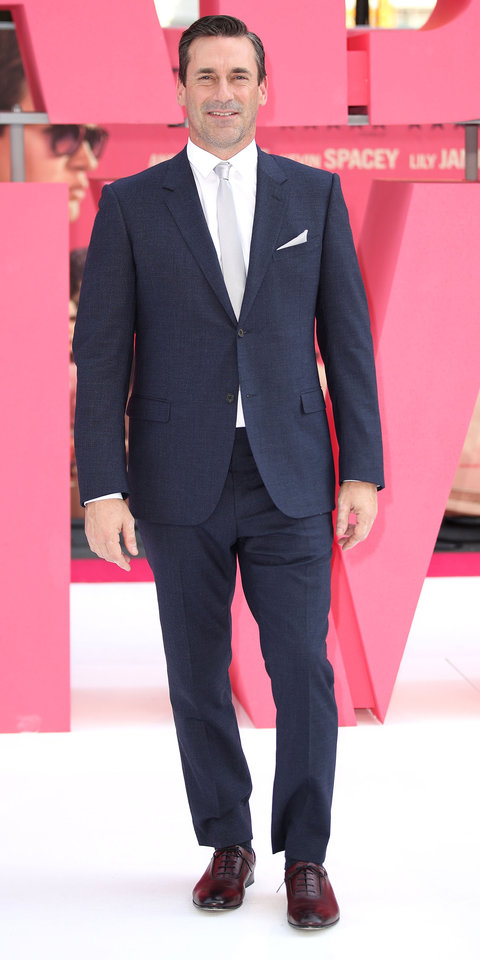 Previous: The 12 Rules of Swimwear Shopping, According to the People Actually Doing the Buying
Next: 21 Comfortable Dresses That Are Made to Travel In