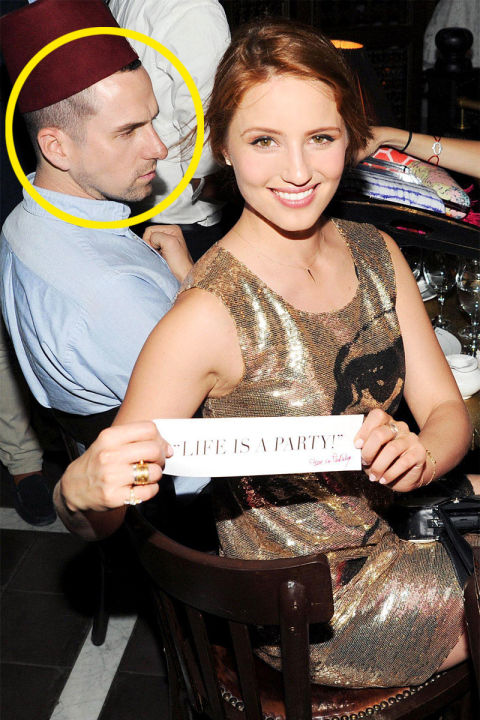 A couple years back, one of my best girlfriends and I were invited to spend a day on Bondi Beach with some new friends. We were in Australia for a few weeks and thus far had completely mismanaged our time by watching marathons of Australia’s Next Top Model instead of, oh, I don’t know, going outside.

“The beach? Absolutely not!” I screeched, rifling through the kitchen for snacks.

I had unconsciously allowed 20 very noticeable pounds to rendezvous on my midsection since my last breakup and was in no emotional or physical place to take off my shirt in front of strangers, especially on Bondi Beach. I mean, didn’t I just see a picture of Hugh Jackman swimming there? Doesn’t everyone in Australia look like Hugh Jackman?!

“We need to leave the house. You look…great,” my girlfriend said, desperately trying to avoid eye contact.

I didn’t look great. I was wearing my oldest, saddest T-shirt, so riddled with holes that both my nipples were in plain sight, paired with black workout shorts that had never seen a gym.

“Get in the car,” she said with a sigh, handing me a beach towel.

As we pulled up to the shore, our friends waved to us from the sand, their children dancing in the tide.

One of them had read my ratty shirt, which very plainly said kentucky, a place that I am not from and to which I have never been. I overshared to the group that the shirt was from a thrift store and had a bunch of holes in it and that I had broken up with my boyfriend and gained a lot of weight and was obviously kinda depressed.

But the setting was also starting to sink in: Australia! My God, Australia! It’s a continent and a country! As a kid I’d done numerous book reports on this place: its majestic beauty, its deceptively cute wildlife, its history as an English penal colony. Now here I was, a gajillion miles from home, finally about to toe its crystalline waters. I was living a childhood dream. And childhood dreams don’t need shirts to cover them up!

In a moment of euphoria, I tugged at the holes in my tee. ken split from tucky like conjoined twins being separated on a doctor’s table, exposing one man-boob to my new friends, a couple of supremely attractive men who did look a little like Hugh Jackman, and, no doubt, many descendants of English convicts. Still, I was okay with it. So I was the heaviest I’d ever been? So what? And then….

Clickclickclickclick. A camera shutter went off like a tommy gun. There they were, not 30 yards away: paparazzi taking our picture. 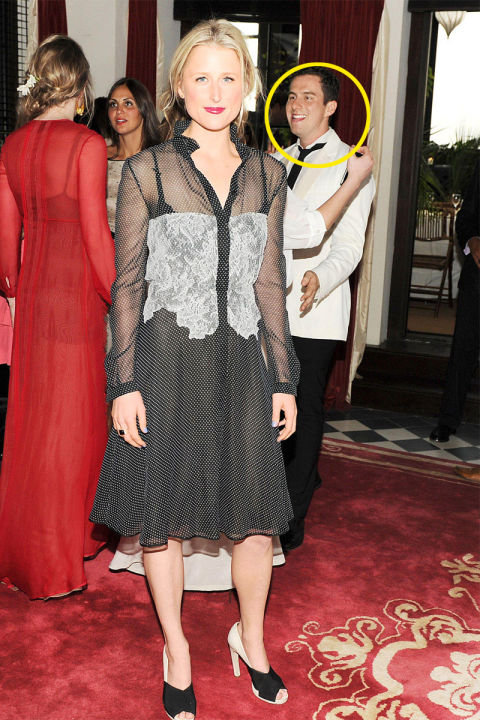 I was in my early twenties when I moved to New York City with the dream of becoming an actor famous enough that everyone back home in New Orleans would find out and drop dead. And having recently come out of the closet, I happened to be a great companion for a sexy, single young thang in NYC. It’s not that I was better than anyone else at being a gay best friend, I just had a specific duality: On one hand, I was armed with my chivalrous Southern upbringing; on the other, I could expound at length on the cultural significance of Beyoncé. I was a bodyguard and a stylist, a trainer and a therapist, a big spoon who never asked for sex in the morning. As one of my closest girlfriends put it: “You’re straight enough to fuck and gay enough to cuddle.” And women were my obsession, even if I didn’t want to sleep with them. Their friendship gave me confidence in myself, in my opinions, and, perhaps most of all, in my style.

The thing about my Bondi Beach attire was that I am usually known for being quite stylish. No, really! My mother, my original GF, has an unparalleled sense of style. Quick to pick up on my love of aesthetics (read: that I might be gay), she included me in every sartorial decision, from the earrings she should wear for dinner to which of my sister’s favorite dresses we should give to Goodwill while she was at camp.

Now, most gay men think that good taste is inherent to their homosexual makeup, their karmic due for having had to endure high school. But to my mind, it’s something developed over time, like a golf swing or line of credit. It’s not just a matter of who you sleep with or how many French words you can say. It takes work. And I worked hard on my style.

In my New York circle, this was something that my girlfriends and I took great pride in: I was their expertly dressed date. Which came in handy, since many of them were actresses whose careers, lo and behold, began to blossom in wild and rapid ways. I was their escort to Broadway openings; I held their hands through scary-glamorous movie premieres. It was intoxicating for all of us: fashion, fancy dinners, free booze. The hard part was the pictures.

Here’s how it feels to stand in a press line in front of 500 photographers’ blinding flashbulbs: Imagine, if you can, having a seizure. And that while you’re convulsing, your eyes rolling into the back of your head, your mother is screaming in your ear to stand up straight, lose five pounds, look prettier. Add to that the 10 most famous people you can think of—essentially, nine Angelina Jolies plus Jesus—posing next to you, and doing it better: looking sexier, flipping their hair as if every inch of their beings were made of sunshine and dipped in La Mer. Now walk. Without tripping. Everyone is waiting for you to trip.

Or so they told me. Most of the time, I was the one off to the side, holding a girl’s designer purse as she teetered along the edge of the red carpet-slash-sanity. Much to my own surprise, I found this was in fact where I preferred to be. Seeing how self-conscious the whole process made my usually unshakably confident friends forever altered my desire to be famous.

But it didn’t alter my desire to look good. What I didn’t know until later was that oftentimes I was making my way into these red-carpet photos. Walking 10 or so paces behind my friends, I’d accidentally stumble into the frame, holding someone’s bedazzled pink Prada purse, looking like an effeminate stag two inches from the hood of a speeding car. Even better (worse?), we’d get papped coming out of a convenience store: me, in an oversize blue tank top, holding a bag full of thinkThin bars and condoms, utterly unaware that someone is taking my picture. Of course such photos found their way to my inbox. And of course I looked at them. To quote Julia Roberts in Pretty Woman: “Big mistake. Big. Huge.”

I have been photographed by paparazzi adjusting my crotch on the Isle of Capri, wearing a hat I bought because I wanted to look like “that guy” from Jurassic Park. Leaving SoulCycle red-faced, sweat puddling around my feet. At LAX, looking as if I’d been styled by a blind, gay trucker/librarian. Each of these shots captured a hapless buffoon I barely recognized. That could not be me, I thought. I don’t ever look like that. It wasn’t who I wanted to be. So I tried to pretend it wasn’t who I really was. 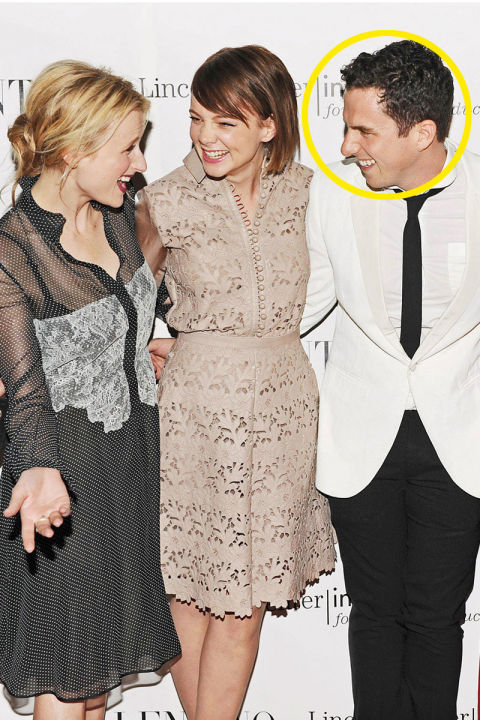 There’s an old saying in the entertainment industry about reading reviews of your work: If you believe the good ones, you have to believe the bad ones, too. This also applies to looking at oneself in photographs. There are angles of my face, pounds of my flesh, tones of my skin that appear in pictures that I can’t make sense of. Which is why I try to tightly control every inch of my being in front of a camera. I have a squint, a jaw clench, a leg pivot. Done right, they come together to create a version of myself I know I am comfortable with.

Of course, back on Bondi, depressed, heavy, and half shirtless, there was little I could do in the way of damage control. Instead I went into full-blown panic mode. As the paparazzi snapped away, I pulled my ripped shirt together, wrapped my arms around my chest like a koala hugging a eucalyptus, and hid behind a row of Hugh Jackmans. I know—they weren’t taking a picture of me, exactly. They were after the famous friends in front of whom I’d just ripped my shirt in half. But I’d still end up in the shot. And someone would send it to me. And it would officially become my new worst nightmare. Paralyzed on the beach, I kept thinking, I never should have left America. I never should have left the house. I never should have left Top Model.

“Rightor, you haven’t put your toes in the water.”

The voice of my new friends’ adorable son shook me from my self-obsessed, dysmorphic hysteria. He was right. I hadn’t gone near the water at all.

Looking toward the glistening sapphire shoreline, I thought of myself at six, potbelly sticking out, dreaming of how the waters of Oz might feel. I recalled pictures of myself at that age, smiling, laughing, unfazed by the camera’s objective gaze. I thought about how, for better or worse, I’d always wanted to be here. Exactly where I was.

Drowning out the clicking shutters of the paparazzi’s cameras, I unfolded my arms and let the flap of my shirt drop. I walked toward the water, toward something I’d never done before.

Time heals all wounds/significant weight gains/broken hearts. Now the Bondi picture has become one of my friends’ favorites. We’ve had entire dinner parties devoted to perusing the innumerable online pictures of me looking utterly ridiculous at the back of paparazzi shots: the unstylish, the flustered, the unspeakably unflattering. But I’ll tell you something about the Bondi one that even my friends don’t know: For the first time in my adult life, I saw myself in it. Not the stylish manifestation I wanted everyone to see, but the version of me that I was not yet willing to get to know: Jaw unclenched, eyes closed, belly out. Exposed, raw, afraid to start anew.

As I took my first dip into the lapping waves, I pulled out my phone and took a picture of my own: me, surrounded by the beautiful expanse of blue. I sent it to my mom. The caption read: “Here I am.”

Previous: Half of Millennial Couples Share Bank Accounts Before Getting Married
Next: This Makeup Artist Is Creating Looks Straight Out of Lisa Frank