Most folks have a go-to bag that’s perfect for everyday activities and looks great with just about any outfit, but one royal takes her love for this handy accessory to another level. Queen Elizabeth II not only has a favorite purse, she’s got hundreds of her favorite purse.

According to Launer London CEO Gerald Bodmer, the luxury handbag company has supplied the queen with more than 200 of its purses. Her Majesty has held various colors and models of Launer bags at her side for countless public appearances and special events, including the most memorable royal event of the last two decades: Kate and William’s 2011 wedding. 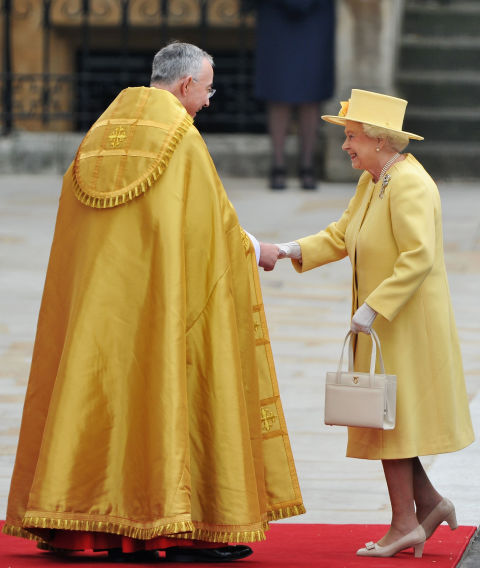 And here’s the kicker: The purse has a hefty price tag, costing up to £1,650 ($2,346). Although having so many expensive bags may sound a little excessive, the Daily Mail notes that the queen recycles hers for various events over and over, sometimes merely replacing the fittings instead of throwing down cash for a new one.

“I recently saw her with an old one with a metal-plate structure,” Bodmer told the Daily Mail. “She keeps all the bags and even all the Queen’s Mother’s bags. It’s amazing how they last. They’re structured, that’s our strength.” He adds that Buckingham Palace typically orders five bags per year from the brand, though it only requested two in 2015 and hasn’t ordered in 2016 as of yet.

As for customization, Bodmer says the Queen often asks for the handles to be elongated, a wise swap that allows Her Majesty to shake hands with people more easily. After 200, it makes sense that she’s got her order down pat—after all, she’s loved Launer since way back in 1968 when she first received one of its bags and granted it the Royal Warrant in response. 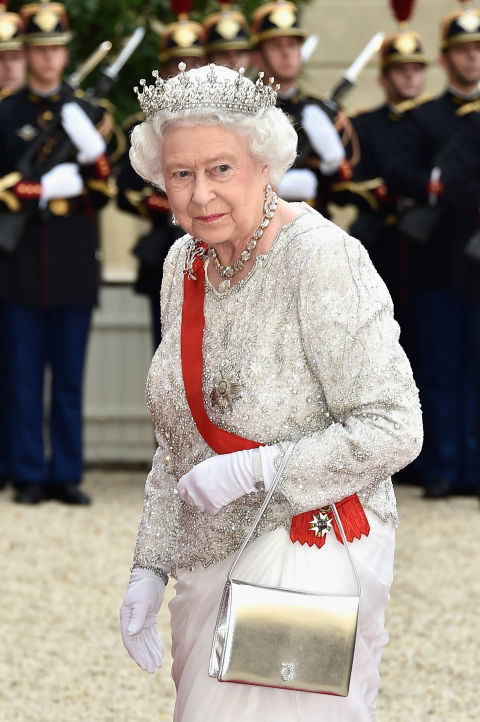 We can’t blame her for loving this bag so much—just like any good purse, it looks great with everything! Even if that “everything” includes royal jewels.

Previous: Mom’s Hilarious Snapchat Rant About Waiting in Line at Kohl’s Goes Viral
Next: Ryan Lochte: Why I Haven’t Looked at My Fiancee’s ‘Playboy’ Pics