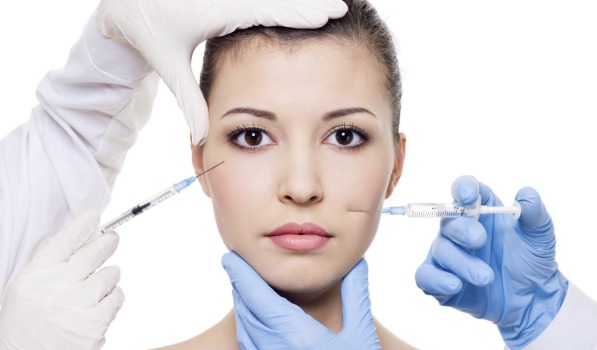 Maria Vargas was fed up with looking like an old woman. That was how the 68-year-old felt when she walked down the street.

“I’d lost the looks of men,” said Vargas, who is divorced. “I’d walk by men and men would probably go, “Yeah, there’s a cute grandma.'”

So in February, after months of wrestling with the decision, she got a neck lift.

“I got so excited about the difference that it made that I was like, ‘Oh my god, I want more,” said Vargas, a Sacramento, California, resident who had never had elective plastic surgery before. Now, she said, “No 30- or 45-year-old guy is going to ask me, ‘Hey, what’s your number, honey?’ But a 60-year-old will.”

The number of people 65 and older getting facelifts and cosmetic eyelid surgeries has more than doubled over the last two decades according to the American Society for Aesthetic Plastic Surgery, with much of that increase occurring over the last five years.

Although there is no age breakdown within the category, doctors report that most of their older patients are between 65 and 75, and around three quarters are new to plastic surgery.Last year, 39,772 eyelid surgeries and 37,632 facelifts were performed on people 65 and older.

Part of it is demographics. People are living longer, and the baby boomer generation started turning 65 five years ago, so there are more people over 65 than in the past.

But even accounting for that, the rate of eyelid surgeries in that age group has risen 62 per cent and the rate of facelifts has doubled.

The trend appears to reflect both cultural and economic shifts, including a growing acceptance of elective surgery helped along by popular shows like Nip/Tuck and a reduction in the procedures’ cost and invasiveness.

Then, too, people are remaining in the work force and dating game later in life and fear falling victim to age discrimination.

Some advocates contend that in trying to avoid the latter, older people who get plastic surgery to look younger are inadvertently perpetuating ageism.

But at the same time, they concede that in a world that fetishises youth, the impulse may make practical sense.

“People are making a calculated decision, trying to escape the stigma of aging and buy a little time, be in the world and not be sidelined because of their appearance,” said Bill Thomas, a geriatrician who is trying to push Americans toward accepting old age as a welcome stage of life.

“It’s the age equivalent of ‘passing’,” Thomas said. “You’re actually in this cohort but can you get everybody to believe you’re in a different cohort?”

In recent years, surgical and non-surgical options have expanded. Doctors operating on older patients face considerations such as whether they are on blood thinners or need a stress test.

Many people are forgoing the far more expensive traditional facelift in favour of in-office surgical procedures that cost $US4500 ($5875) to $US6500, and also lessen the risk of medical complications more prevalent in older patients.

“With technology we’re able to do a more minimally invasive procedures, without general anesthesia, without hospitalisation,” said Jack Zamora, an oculofacial plastic surgeon in Denver, Colorado.

The lowered cost has made plastic surgery an option beyond the ranks of the elite. A generation ago “you may have had the odd movie star having something done, but it wasn’t something for the masses”, said Colin Milner, CEO of the International Council on Active Aging, an organisation that promotes healthy aging.

“Where it was once exclusive, it’s no longer exclusive.”

There are different economic considerations now. More Americans 65 and older are working than at any time since the turn of the century, and many face age discrimination.

If opportunities are accruing to the young “and you begin to get old, you want to fit in”, Milner said. “You’re invisible. And maybe this is the way for people to be visible.”

But the change also reflects an evolution of how older people perceive themselves — which is to say, often not as old as they once did.

“I’m 60 and I remember when my grandfather and grandmother were 60 and it was like they had a foot on a banana peel and the other in the grave – and now (people their age) are skiing,” said Dan Mills, president of the American Society for Aesthetic Plastic Surgery.

Increasingly, as Americans remain more physically fit later in life, they often see a disconnect in how they look versus how they feel.

That concern is not limited to baby boomers. Mills recalled a 78-year-old woman who played tennis and yet was constantly fending off a little boy who wanted to carry her groceries. After a facelift and a forehead lift, the offers stopped.

Unsurprisingly, given the greater pressure on women to stay physically attractive, most older patients are women. But rather than the wholesale change in appearance that was more common in the past, they are more often seeking to return to work or social lives looking more refreshed than transformed.

When Linda Dodson, 68, of Oroville, California, had a complete facelift in March, “a lot of people, unless I told them, they didn’t really notice”, she said. “They all just said I look great.”

She made the decision after receiving treatment for breast cancer, including a mastectomy. “Things had been taken away from me personally, because of the cancer, and this was something I wanted to do for me,” she said.

Not everyone was convinced. “My husband was totally against it. He’d say, ‘I don’t want you to change, I love you the way you are. It made me feel good, because that’s how a husband should feel about you, but… I wanted to wake up in the morning and feel better about myself.”

Her husband ended up liking it – and it had other effects. “As I became older I had noticed that the general public isn’t as interested in what you have to say,” she said. “But afterwards I noticed a big change in how people react to me.”

That reality is discouraging for Ashton Applewhite, an anti-ageism activist who equates plastic surgery with “a prejudice against your own future self”.

“I really, really get the reasons why people dye their grey hair, lie about their age, and have cosmetic surgery,” she said. “But it’s not good for us, because it’s not authentic and it gives a pass to the underlying discrimination that makes those things necessary.”

She advised older women seeking romance to “look around at your friends who are dating – they’re not the thinnest, they’re not the most wrinkle-free. They’re the ones who believe they’re the most fun in bed and who feel the best about themselves.”

However, Jean Stark, 83, a retiree in Lakewood, Colorado, has no interest in dating and sees no need to hold off as a political statement. She had work done on her eyelids a decade ago and is planning further procedures, including to her neck and jaw.

It’s not such a big deal, she says.

“If you look in the mirror and you don’t like the way you look, if you can improve yourself, why not?” Stark said.

“I would have done this years and years ago, but then a lot of this wasn’t available years and years ago… What in the world have I got to lose? If I drop dead the next day, at least the undertaker will have a good face to look at.”

Previous: First Lady wears for an Inauguration Gowns From Across The Years
Next: Marilyn Monroe Estate Sues Lingerie Line