Nicole Kidman has been wowing us with her bold style as of late and Tuesday night’s screening of Big Little Lies was no exception.

The 50-year-old actress, who stripped down earlier this month for a Baywatch-inspired photo shoot in nothing but a red one-piece, stepped out for the special Emmys “For Your Consideration” event at L.A.’s DGA Theater in a sheer long-sleeve shirt that revealed her black bra underneath.

Kidman paired her body-baring top with a lacy black skirt, showing off a hint of her long legs. The actress, who earned an Emmy nod for her role in the HBO mini-series, polished off the look with black ankle-strap sandals and a voluminous blowout. 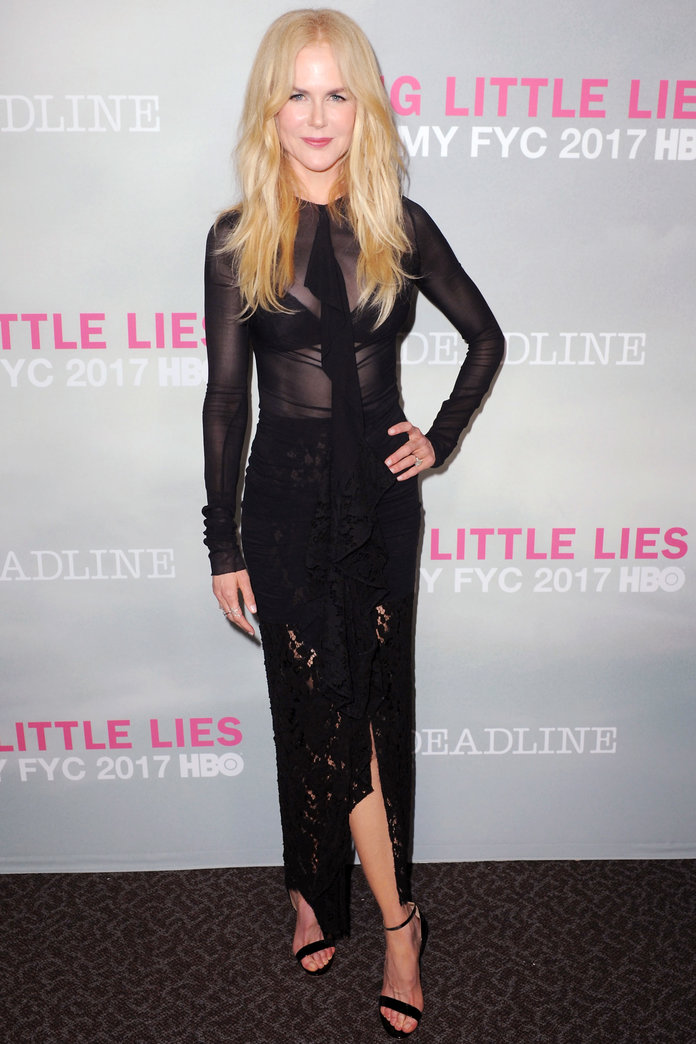 Kidman wasn’t the only A-lister on the red carpet. She reunited with Big Little Lies co-star Reese Witherspoon, who also earned an Emmy nomination for her role in the series, and it seemed like these two were on the same page with their style for the night. Witherspoon looked chic in a black and white leaf-print dress that hit right at her knee and showed off her tanned legs. She, too, paired the look with ankle-strap stilettos and beachy waves. 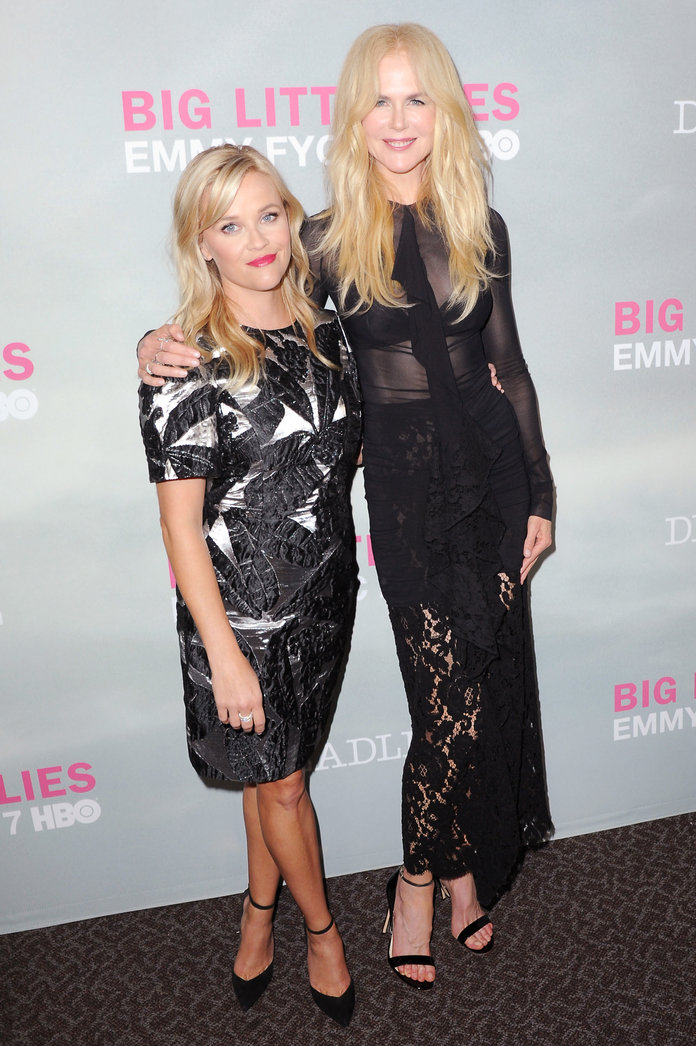 Now ladies, we have to ask: What’s the deal with Big Little Lies Season 2?