Home » Beauty » Celebrity Hairstyles » Hairstyles, Cuts And Color » Love Island final: Kem Cetinay and Amber Davis crowned winners – but all anyone can talk about is THIS moment

Did you spot it?

The public left us with four fabulous finalists in the form of Kem Cetinay and Amber Davis, Jamie Jewitt and Camilla Thurlow, Chris Hughes and Olivia Attwood and Marcel Somerville and Gabby Allen.

But cheeky Essex hairdresser Kem and Welsh dancer Amber reigned supreme to take the title and the £50k prize money – which led to the unexpected best moment of the night.

As is Love Island tradition, after being announced as winners the pair each selected an envelope – either containing £0 or the all-important £50k prize money.

Kem ended up with the £50k and was then put on the spot to decide whether he would keep it all for himself or split it with Amber, with Caroline announcing: ‘This is when we find out if you’re here for love or money.’

And, as Kem’s face fell sombre and the audience hushed, one man’s voice rang out as he yelled: ‘Share it with Chris!’

Kem went on to split the cash with his lady love, but fans couldn’t get over the comment – or the fact that it wasn’t Chris and Kem crowned champions.

One wrote: ‘Whoever shouted “split it with Chris” to @KemCetinay is a legend? shoulda followed through Kem bromance beats romance??’

Another asked: ‘Who is the national hero who just shouted “share it with Chris” when Kem had the £50,000 #LoveIsland’

And they weren’t alone – not by far…

The winning couple spent the majority of their time in the villa together, making each other laugh and cry but always managing to come out the other side.

They had several OMG moments – like when Kem walked in with Chyna Ellis on his arm. Or when Georgia Harrison chose to couple up with Kem after him and Amber had become official. And that time when the majority of new islanders were likely to be Amber’s type on paper. Eeek!

But they also had some fantastic highs, with Kem being an old-fashioned romantic when he sent Amber a string of gushy texts asking her to be his girlfriend.

There was also the moment when this adorable pair exchanged matching infinity bracelets. Aww! 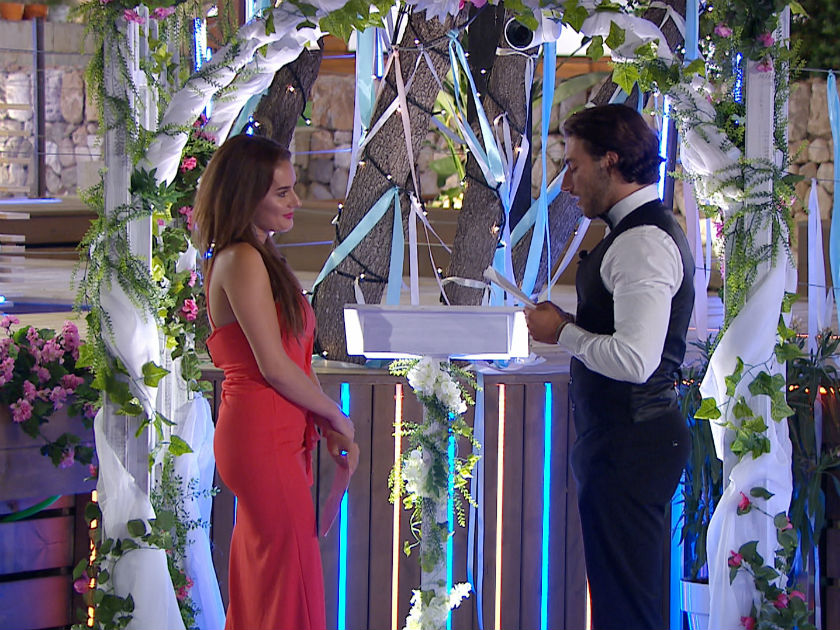 And, when they weren’t campaigning for Kem to split his winnings with Chris, fans of the show couldn’t have been happier for the lovely pair, with one viewer tweeting: ‘Well done Kem and Amber – the right couples in the top two, both worthy winners but Kember just about deserve it #LoveIsland’

A second said: ‘I’m so happy!!!!!! Kem and Amber have been my faves for so long #LoveIsland’

Another said: ‘Soooooo happy for kem and amber!! Genuinely believe they love each other #loveisland’

And even last year’s Love Island contests are happy for the winning couple, with Olivia Buckland tweeting: ‘Huge congrats to @KemCetinay & @Amber_Davies7 so deserved! What a journey they’ve been on, well done guys!’

We are SO happy for this couple and, although only time will tell, we’re sure they have a very bright future.

Previous: 22 Gorgeous Cover-Ups That Double As Daywear
Next: Be Cautious Of Birth Control Apps, Experts Say