Home » Fashion » Fashion Models » Is a ’90s Supermodel Barbie in the Works? 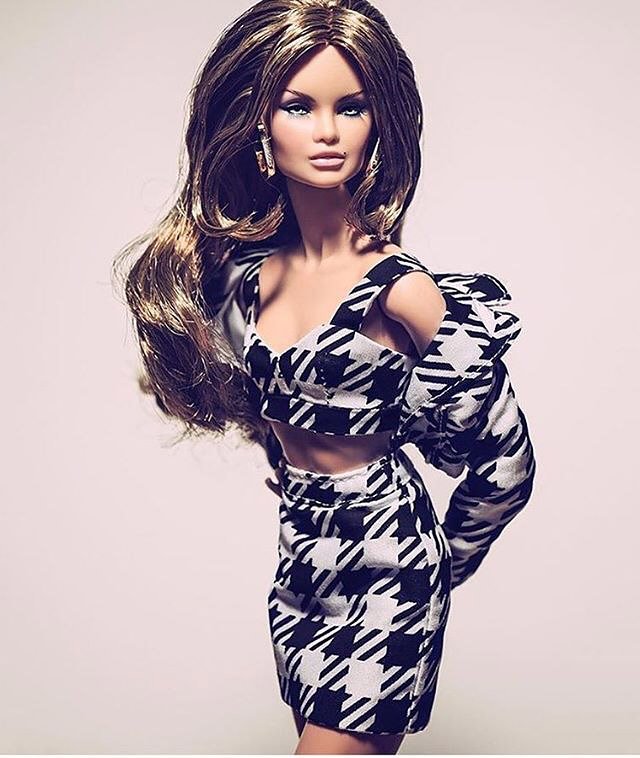 This year has been a big one for Barbie; the beloved doll is experiencing a pop culture moment, thanks in part to Mattel’s newfound commitment to celebrating the accomplishments of talented women. The past 12 months have seen the toy brand expand its lineup with dolls dedicated to several trailblazing women they’re calling “Sheroes,” including ballerina Misty Copeland, director Ava DuVernay, and plus-size model Ashley Graham. So when supermodel Cindy Crawford took to Instagram yesterday to post a sleek shot of a customized Barbie in her image, naturally fans assumed she was the latest celebrity to join the group. Though Crawford had previously received a one-of-a-kind doll at an event for the Children Affected by AIDS Foundation back in 2003, a figure bearing her famous mole has not been available for purchase, much to the chagrin of doll collectors everywhere.

It remains to be seen whether the mini Cindy will get a wide release, but its existence—and the likes generated by Crawford’s photo—proves that fashion lovers are fueling the current Barbie frenzy. After all, brands such as Oscar de la Renta and Moschino have had their creations shrunk down to Barbie size for special-edition dolls. And it wouldn’t be the first time that modeling’s biggest names have gotten into the toy game—Barbie competitor Sindy launched supermodel figurines with Naomi Campbell, Claudia Schiffer, and Karen Mulder in the mid-’90s.

A multitalented, multifaceted supermodel mogul such as Crawford would certainly fit neatly into the new generation of empowered and accomplished Barbie personalities. Even if the toy giant doesn’t come around to the idea, their customers might spur them into action—the Internet-breaking Beyoncé Barbie prototype was ultimately the result of one talented fan’s dedication. Can the supermodel faithful deliver something as ingenious as the Beyhive? Only time and Instagram will tell.

Previous: What to Wear to Watch the VS Fashion Show—No Wings Required
Next: The VS Angel Guide to Airline Safety, With Adriana Lima, Alessandra Ambrosio, and More