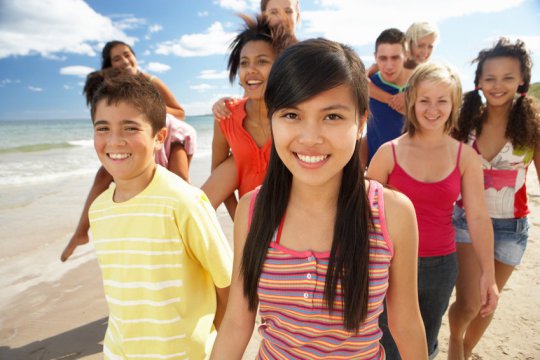 Higher ultraviolet B (UVB) radiation exposure, directly related to time outdoors and sunlight exposure, was associated with reduced odds of myopia (nearsightedness), and exposure to UVB between ages 14 and 29 years was associated with the highest reduction in odds of adult myopia, according to a study published online by JAMA Ophthalmology.

Myopia is a complex trait influenced by numerous environmental and genetic factors and is becoming more common worldwide, most dramatically in urban Asia, but rises in prevalence have also been identified in the United States and Europe. This has major implications, both visually and financially, for the global burden from this potentially sight-threatening condition.

The study included a random sample of participants 65 years and older from 6 study centers from the European Eye Study.Astrid E. Fletcher, Ph.D., of the London School of Hygiene and Tropical Medicine, and colleagues examined the association of myopia with UVB radiation, serum vitamin D concentrations and vitamin D pathway genetic variants, adjusting for years in education. Of 4,187 participants, 4,166 attended an eye examination including refraction, gave a blood sample, and were interviewed by trained fieldworkers using a structured questionnaire. After exclusion for various factors, the final study group included 371 participants with myopia and 2,797 without.

“The association between UVB, education, and myopia remained even after respective adjustment. This suggests that the high rate of myopia associated with educational attainment is not solely mediated by lack of time outdoors,” the authors write.

“As the protective effect of time spent outdoors is increasingly used in clinical interventions, a greater understanding of the mechanisms and life stages at which benefit is conferred is warranted.”