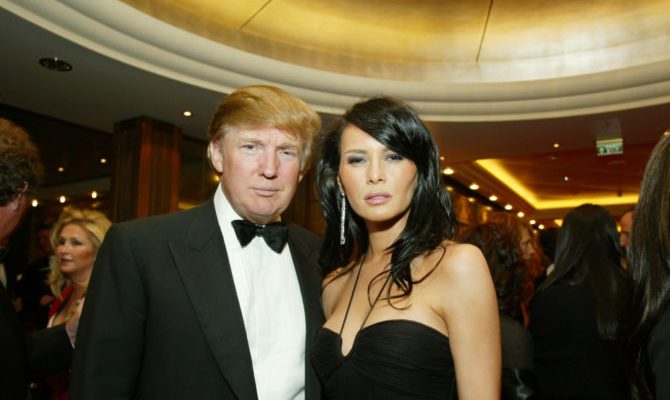 The former model and future first lady of the United States (aka FLOTUS) Melania Trump will be moving into the White House soon. From slinky party dresses to sophisticated pantsuits, Melania Trump’s style has definitely evolved over the years. Will President-elect Donald Trump approve of Melania’s toned-down conservative look?

Melania Trump will be following in the footsteps of Michelle Obama, who has had impeccable style throughout her time as FLOTUS. Michelle Obama was known for her stunning smart-causal style, what will be Melania Trump’s signature look?

Will Donald Trump’s presidency mean no more low-cut, cleavage-baring dresses for the former supermodel? Melania Trump certainly had a different sense of style prior to her husband Donald Trump getting involved with politics.

Now that he has won the presidential election, Melania will have to take on this new style full-time as the first lady of the United States.Melania Trump has been undergoing a subtle transformation for several months, as her husband got closer and closer to the White House.

No more silky dresses and spaghetti straps for the new FLOTUS.

Donald Trump’s wife has certainly elevated her style over the course of his political campaign. Her low-cut necklines have been replaced by modest necklines and polished pantsuits.

The former model knows that her image must align with the affluence people have come to expect from Donald Trump.

Melania Trump now wears top designer everything — from her Hermes Birkin and Chanel quilted handbags to the car-to-carpet Louboutins and not to mention the emerald-cut Graff wedding ring — the next FLOTUS will be dressed to impress, that’s for sure.

According to Vogue, Melania Trump is perceived to understand the calculated effect that her wardrobe has.

All the way back in 2000, Melania Trump told the New York Times that she would dress very conservatively if Donald Trump ever became president.

If her campaign style is any indication of what’s to come, expect sophisticated designs, bell sleeves, and, hopefully, more pussy-bow blouses.

Melania Trump arrived at the polls on Election Day to cast her vote for Donald Trump in a sleek white sheath dress, according to People. She had a camel-colored coat with bold gold buttons draped over her shoulders.

For her first solo campaign speech, the future first lady chose a pink bell-sleeve blouse with a high-waisted white pencil skirt. Melania had her hair freshly blown out and parted in the center, her makeup looked elegantly done, and her bright white smile shining.

On the night of the final presidential debate, Melania wore a slimming black Ralph Lauren jumpsuit with a belt and wide pant legs. 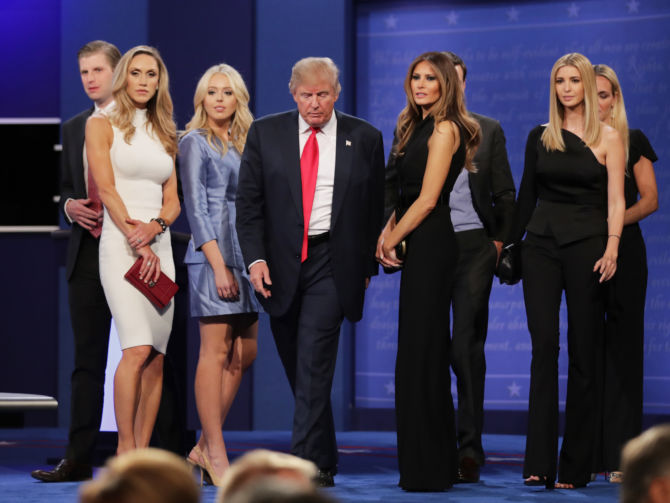 If you look closely you can see that she is wearing another pussy-bow. 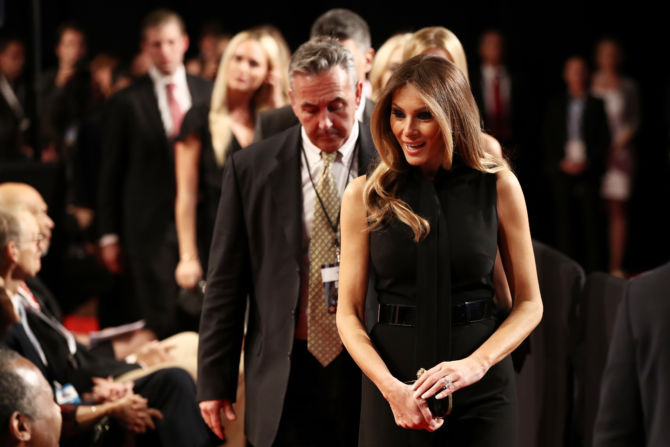 In July, she kicked off Donald Trump’s presidential campaign at the Republican National Convention by taking the stage wearing a bell-sleeve white dress. 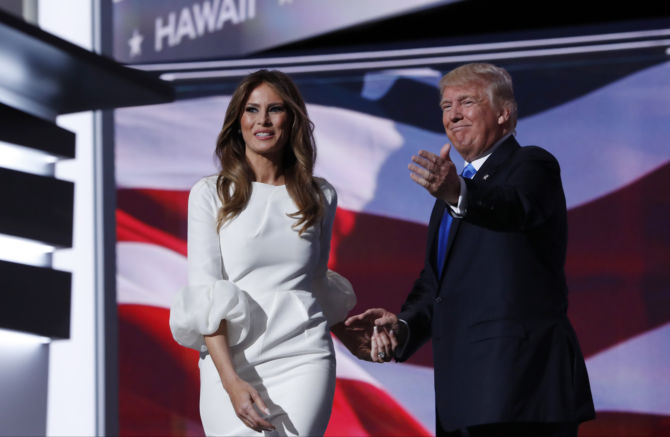 The Roksanda designer dress, which goes for $2,190, started a fashion face-off between the future FLOTUS and a Democratic congresswoman from Ohio when she wore it to the Democratic National Convention one week later, according to People. 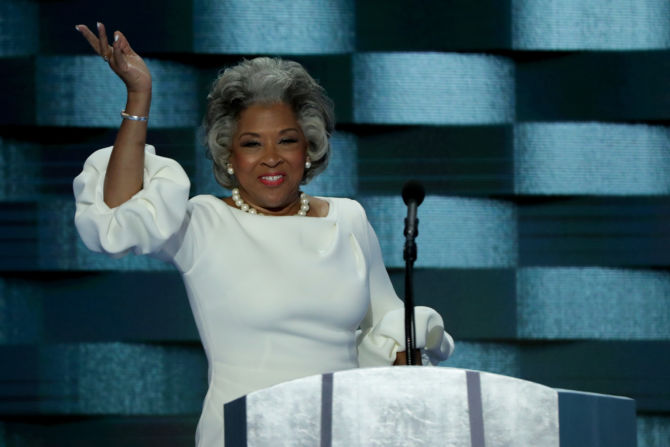 Whatever is to come for the future first lady of the United States, she has some stylish shoes to fill after Michelle Obama’s FLOTUS run.