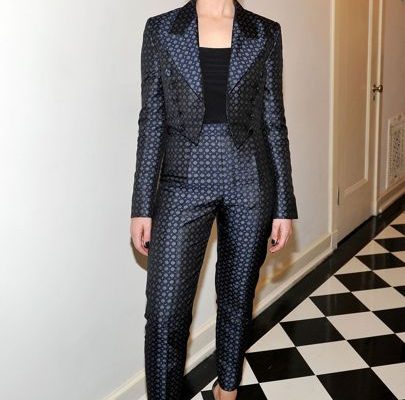 IT’S that time of year again: the party invitations have already started coming in thick and fast, which inevitably leads to the time-old dilemma – how to dress for party season. While a killer dress is always a fail-safe winner, it has (unfortunately) become somewhat predictable. It’s time to consider a new approach,for those that want to stand out from the crowd. Enter the statement suit. Naomie Harris, Felicity Jones and Kristen Stewart have all proved the power of a two-piece, affirming that – whether decorated in a sequins or clean and sharp sans embellishment – sleek suiting will make the right impact over the festive period. If you are brave enough to ditch the dress, a tailored alternative is guaranteed to turn heads. 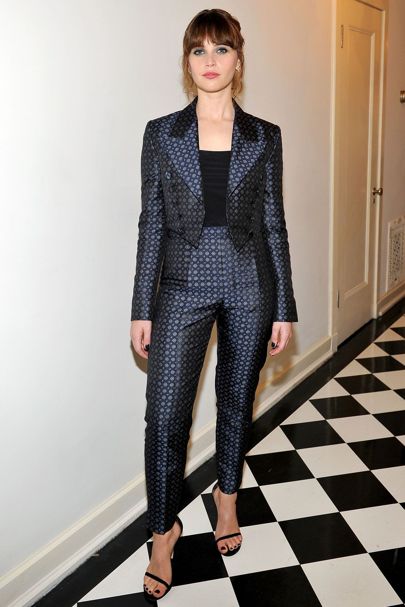 Seek Out Sumptuous Fabrics: Brocade suiting will give your look a luxurious feel, as Jones proves in her Burberry ensemble. 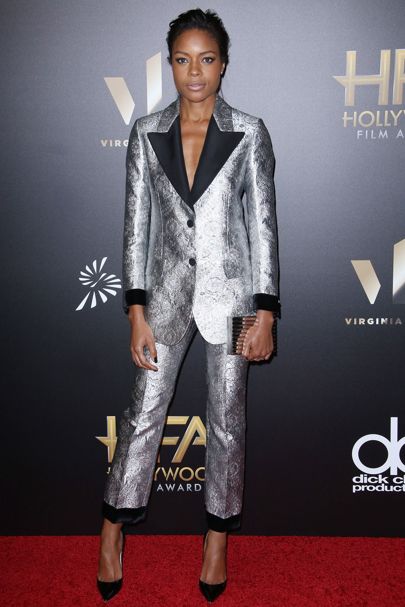 The Devil Is In The Detail: If there’s ever a time to break out the Baco-foil silver it’s over the festive period. But it’s the velvet cuff detailing on Harris’s Gucci two-piece that helps elevate her look from party appropriate to utterly fabulous. 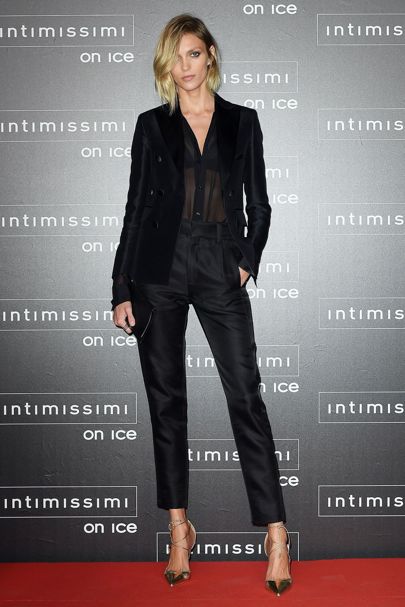 Into The Black: Keep a black suit from looking underwhelming by teaming with a sheer blouse and statement shoes. Rubik’s gold pointed-toe choice feels especially appropriate for the festive season. 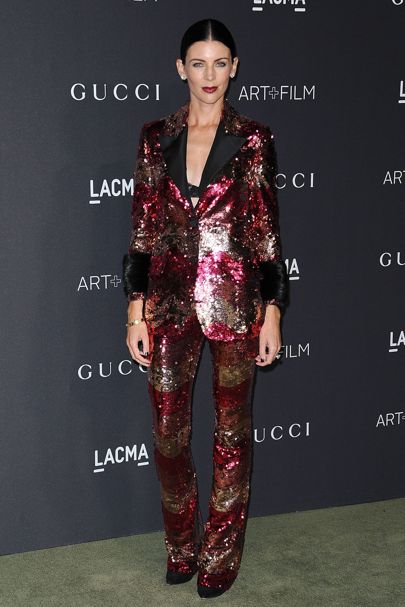 Time To Embellish: Don’t feel a need to hold back when it comes to adornments. Sequins are sure to pack a punch, as Ross proves in her Gucci suit. 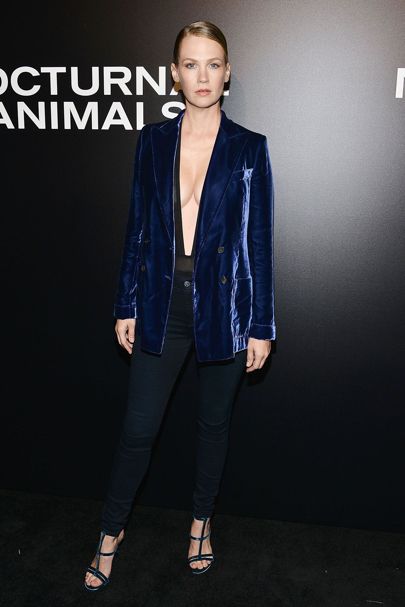 Reference The Season’s Big Trends: As well as being one of the biggest hitters of the season, velvet pieces make for a great after-dark party choice. Opt for dark jewel tones, like January Jones’s sapphire choice. 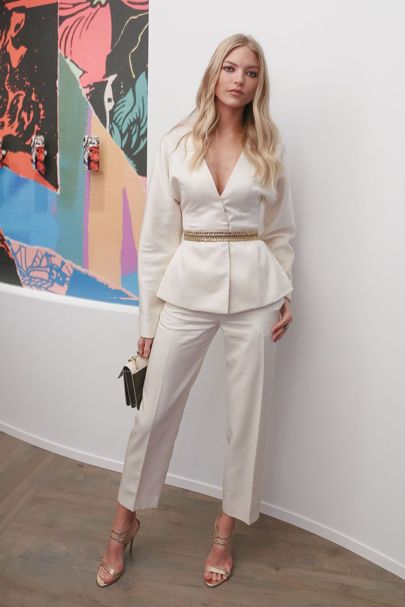 Think Outside The Box: Don’t be afraid to forgo traditional tailoring in favour of a more contemporary shape. Hunt’s lapel-less peplum jacket adds an air of femininity to her silhouette. 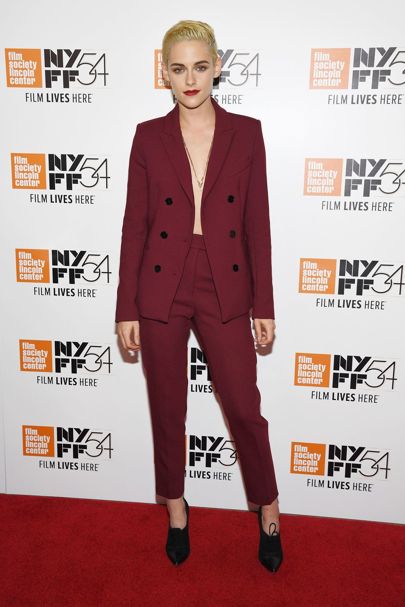 Kristen Stewart
Dare To Bare: What to wear underneath a tux jacket? Nothing, according to Stewart, who waived the base layer under her Sandro set. If concerned about modesty, consider teaming with a bralet instead. 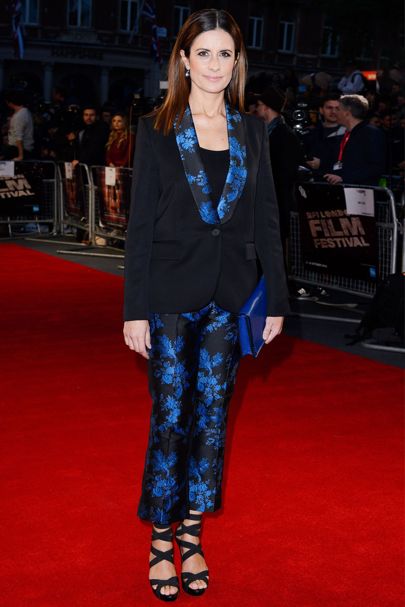