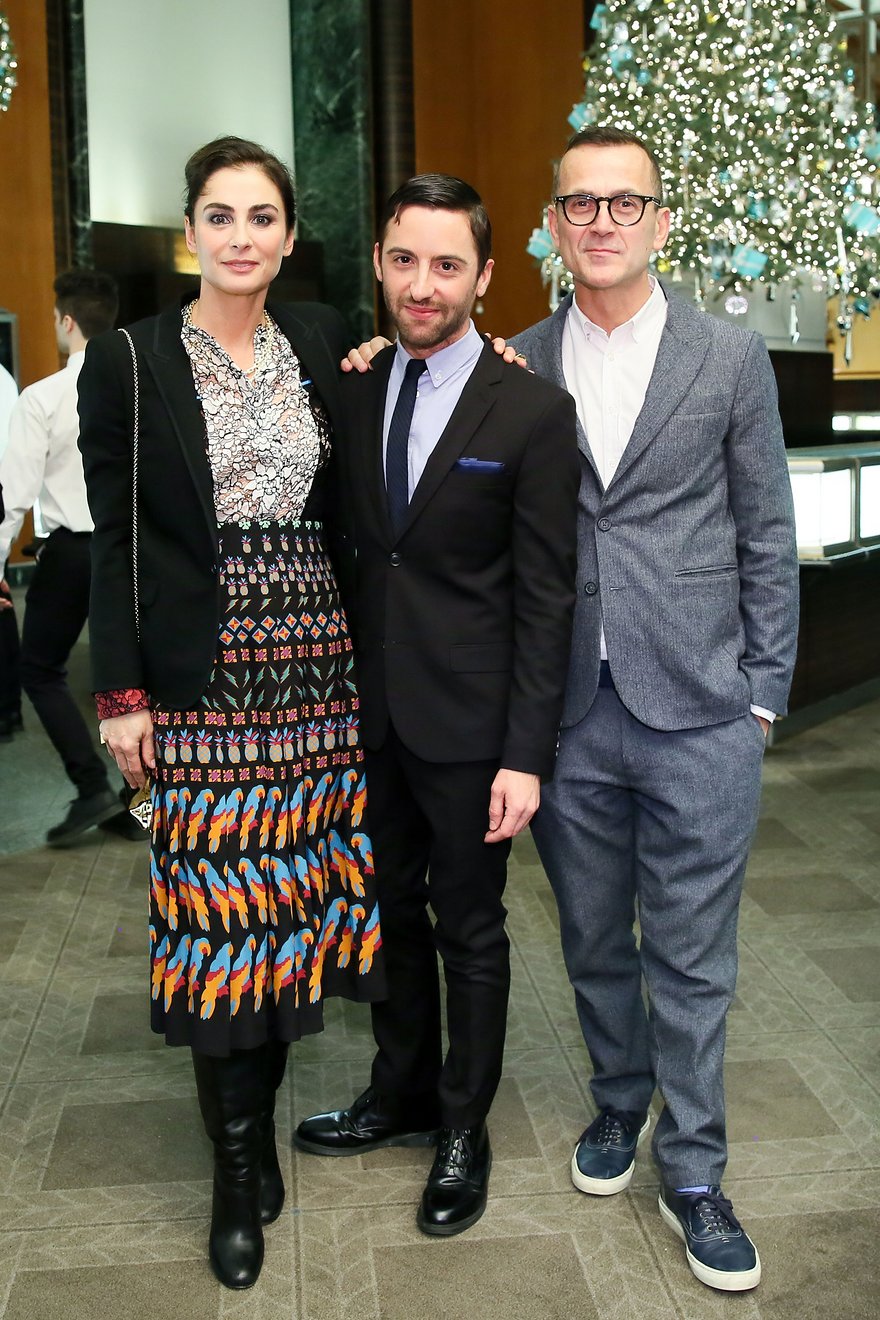 “It’s really humbling,” said jewelry designer Eddie Borgo of having his pieces displayed front and center at the Tiffany & Co. 57th Street flagship store last night. “It’s been an incredible project [and] their team has been so incredibly amazing [and] supportive—Steven Kolb at the CFDA and Francesca [Amfitheatrof] and her design team.” The reason for the romance between Borgo and Tiffany started with a contest as part of the CFDA/Vogue Fashion Fund initiative. “I was keen to do something further with the CFDA,” said Amfitheatrof, dressed impeccably in a Preen by Thornton Bregazzi top and Gucci skirt. “I wanted to set a project that was based on creating a trousseau of jewelry for Gertrude Vanderbilt,” added the Tiffany & Co. design director. “[Eddie] created this amazing box that was like entering her studio and everything was about the drapery of her sculpture,” said Amfitheatrof before quickly noting, “it was very, very clear. He was the one person we chose.” As for the final products, Borgo kept things subdued in yellow gold punctuated with pearls. “The whole point was to give designers the opportunity to work in any material they wanted—diamonds, pearls, gold, platinum. Eddie was fairly conservative.” With Tiffany & Co. having worked with the team at Dover Street Market, Reed Krakoff, and now Borgo on products, who will Amfitheatrof reach out to next? “I would love to work with a fashion designer next,” said Amfitheatrof. Any hints? “I can’t,” she added with a grin.

Previous: The Downtown New York Nail Salon You Need to Visit ASAP
Next: The Only 14 Beauty Products You Need to Buy This Fall