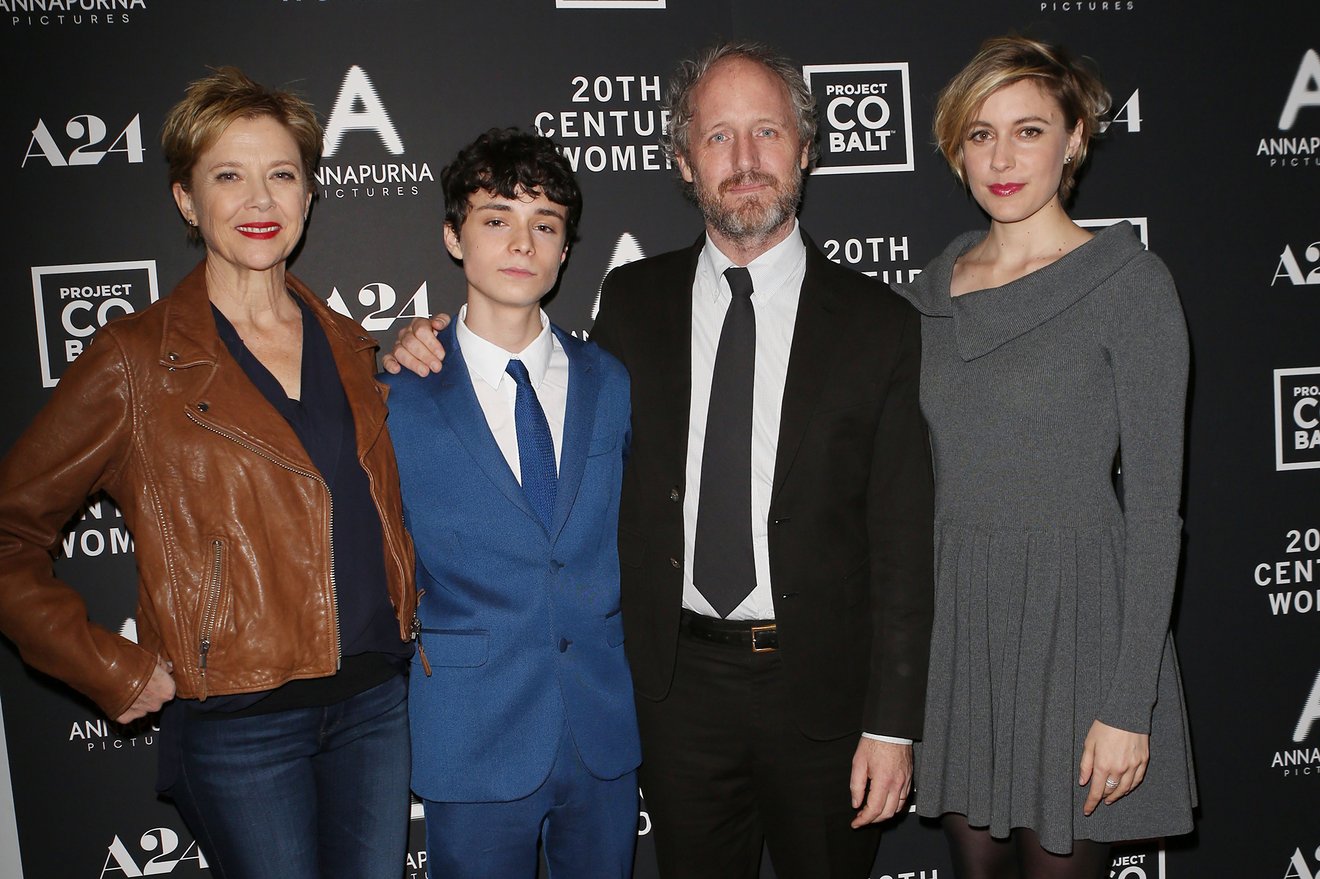 “Chic winter witches,” said Greta Gerwig of what inspired her look at last night’s New York screening of 20th Century Women presented by Project Cobalt. The upcoming film, written and directed by Mike Mills, may be set in 1979 Santa Barbara, but Monday’s occasion called for an ensemble that could fend off the blustery weather in present-day Manhattan. “We’re always going to events in these tiny little dresses that don’t actually cover your body. This is actually warm, and so are these little wonderful, magical boots,” Gerwig said in reference to her Dior sweater-style frock and lace-up shoes. “The best part about filming was working with Annette Bening. She’s one of my favorite actresses, and getting to see her work up-close was just thrilling.”

Moviegoers were treated to a special appearance by Bening, who arrived to Florence Gould Hall accompanied by her husband, Warren Beatty. Mills acknowledged the man of the hour when it came time to watch the film. “I would love to dedicate tonight’s screening to such a special person who has been my greatest treat on this journey: Warren Beatty,” Mills said. The director recalled how Bening and Beatty left a him a heartwarming voicemail following their first viewing of the film. “That’s, like, the Oscar for the rest of my life,” he said. “And that’s something my parents used to do—leave me messages.”

This sentiment was fitting given that the movie is a celebration of the complexities of women and family life; Bening plays a single mother who enlists two similarly strong-willed females to help raise her teenage son. “People have talked to me about their own memories and their mothers and their sons, and, you know, their depressions, and that’s what it’s really all about,” Bening said. “We want to make something that people are going to be moved by and enjoy.” After the final credits rolled, guests migrated to the Monkey Bar for post-screening cocktails and canapés—with a spread that included mini sliders and truffle grilled cheese, along with 1893 Ginger Mules. The latter wasn’t exactly 20th-century themed, but no less a delight in an evening for the ages.